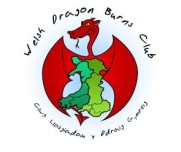 Continuing a long association between the corps at Morriston and the Chaplaincy and Spiritual Development Department of Morriston Hospital – Corps Secretary Helen Mason organised a Charity Concert in aid of the Welsh Dragon Burns Club which aims to support and offer friendship to those under the age of 18 who have received burns treatment, and their families.

A wide a varied range of items were evident throughout the evening.  The Songsters left the audience with no doubt of their message in their items including ‘God of My Praise’, Your Grace Still Amazes Me’ and ‘Midnight Cry’.  Cwmrhydyceirw Primary School Choir contributions included songs from ‘Matilda’ and ‘The Sound of Music’ complete with dance and choreography. Both soloists added their own dimension to the evening; Jonathan presented ‘Sing Hosanna’ on Flugelhorn/Trumpet and ‘Wonderful Day’ on cornet.  Thirteen-year-old Lauren Jones vocal contributions including ‘Feeling Good’ and ‘The Writing on the Wall’ from ‘Spectre’ showed the audience why she has had so much success in singing competitions in recent years.

In voicing the thanks of the Chaplaincy Rev. Lance Sharpe was pleased to announce £935 had been raised during the evening.

The evening concluded with the Songsters, School Choir and Lauren uniting in ‘How Great Thou Art’ before being joined by the audience in the final verse.